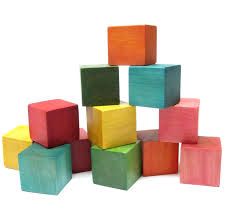 Its 9am Sunday morning and I’m standing on a humid pool deck staring across at the  blank faces of thirteen high school water polo players. Most of them I have never seen before and don’t have a clue as to their names. They are  looking back at me.  Sort of.  At least those that are not looking at their iphones or zoned out listening to music with their earbuds.  But they are MY players.. My team!  At least for today.  And I am wondering how I got myself in this situation.

About 18 hours earlier, the email came across my iphone.  “High School Water Polo Tournament Tomorrow!!!!!! Players Needed! Please respond ASAP!”  My son plays sporadically for a club team based out of a neighboring high school run by my friend Claire.  We have known each other for a few years having played on the same Master’s team.  I let her know my son is available if needed. The text that comes back says:

With visions of Bobby Knight or Phil Jackson swirling thru my head, I see myself challenging these currently “faceless” kids to play  above their ability. I’ll share my  years of knowledge, wisdom and love of the game, and they will  play beyond their years and bring home victory!

But what I see right now is nothing like the visions I had the day before. The team in my head was tall…REALLY TALL….and ripped!…Kind of like a bunch of Michael Phelps.   Lets just say this team was a bit more diverse.  From freshman to seniors,  5″3 to 6 feet tall the team was quite a mix of shapes and sizes. Three goalies (Three? How do I find playing time for three goalies?) And I don’t know the names of more than half the kids.  I had some sort of pre-game pep talk loosely planned in my head but right now I can’t get the attention  of the two kids listening to music.  With three minutes left to go before game time, I’m still trying to figure out a starting line up (when in doubt, go with seniority and the kids that have been there the longest) when the whistle blows to start..

Game 1 : As soon as the game begins, I’m in over my head. I’m trying to figure out who will be the first subs. Easy…first three on the bench (if only I knew their names).  Now I’m trying to figure out who will come out.   Figuring out who people are with a water polo cap on and half under water is hard enough, but when you don’t know their name to begin with, it becomes comedic. “you in the speedo…no..the other one..yeah you…sub out”  Not to mention there are two brothers Leo and Rodrigo who look quite similar and I will continue to confuse them for the rest of the tournament.  I find myself spending minutes figuring out substitutions instead of watching and offering any type of strategy (which seems to be desperately needed as we are quickly losing by quite a lage margin) It’s not till the half, that I have a chance to collect my few thoughts.  Now I have thirteen tired, frustrated and short of breath players looking at me for direction.  No zen like observations come to mind (thanks for nothing Phil) and yelling at them (coach Knight) doesn’t seem quite appropriate right now. Three…Three things. Somewhere I heard that the most a team can focus on are three things.

“Ok guys…rough start…One, we are going to play a press defense.  Play them tight. Two, first option on offense, we go to the hole set. Three, get back on D quicker. Don’t watch the turnover..just get back on defense and help the goalie! Lets go.!”

GAME 2: Starts right after game 1. Starting line up is easy. Same as last game. I’ve got some sense of what my team can do. Who are the fast swimmers (or not so slow). Who can shoot, who is not playing defense.  I try to figure out how to keep at least 3-4 stronger players in while peppering in some of the more novice kids.  I’m still hampered by the “name” thing but at least I’m able to watch the game and finally able to offer some specific advice by the fourth quarter. We lose the game, but play them even for the last 6 minutes. And a bonus, I get to see my son score two goals!

Game 3:   After a 50 minute break, the team is ready for one last hurrah.  3 kids have left leaving me with 10 (unfortunately the three whose names I have not figured out are all still here…including Leo and Rodrigo).  A slight modification to the starting line-up and we are good to go.  Our defense is having some trouble with their huge hole set.  I modify to a foul and crash defense to adjust and it seems to work. Our counterattack is working and going into the last quarter we are down only  one goal.  I rest the strongest players for the first minute of the 4th. And when they come in, they are swimming hard.  We trade some goals and with 1:30 left  still trailing by one, I call time out.  The team swims over and now they are looking at me…I mean really looking at me, waiting for me to tell them what to do!  But this time, I know what to say.

“We need the ball back! Switch back to a straight press defense.  No drop on the hole.  I want the defenders on the crown ready to counter.  They are tired. We are not!”

The defense holds, and Denilio has broken early for the counter. Our goalie makes a great pass to him and on the breakaway scores to tie the game!  Our defense holds up for the next minute and the game ends.

The kids leave exhausted but excited to have improved and played a great competitive game and I’m feeling quite a bit better about my coaching prospects. My record is still 0-2-1 but ended on a positive note. Even better, I got to watch my son score 3 goals for the tournament.  And as I drive home to try and catch the second half of the bears game with my son, I think about how this fits with the big picture of BALANCE.

I wanted to be this dynamic coach who could teach, challenge and motivate right out the box. Just like I want to have this BALANCE. Now! Today!  I want to be that dad who has the boundless energy,  always knows the right thing to say to his wife and kids.  That team player at work but still home in time for an hour run before dinner.  I frankly sucked as a coach for the first game, just like last weekend was pretty horrible for any  BALANCE.   But after using the first two games as BUILDING BLOCKS,  I’ll leave it to the kids to say what kind of coach I was by the end.   And as I reflect back on THIS  weekend as a whole, it was certainly better than the prior.  There were some BUILDING BLOCKS here as well.  Family yoga on Saturday despite a bad back, making progress on redoing the upstairs bathrooms, coaching my son in the tournament, watching together the Bears lose to Detroit.  No major drama. In fact mostly mundane. But those are the BUILDING BLOCKS for sustainable balance. Not every weekend can be a family hike in Moab Utah or surfing in Hawaii.  Those don’t sustain BALANCE. They are fun and exciting and add flair and a dramatic backdrop. But its the smaller moments, that build off each other that add some depth and can act as an anchor. It does not happen in one game,  and as I’ve said before, not one weekend. But some of the pieces are already here and its time to start building off of them.