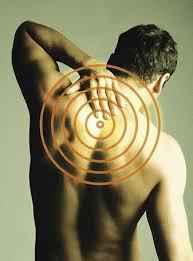 One month. Actually one month three days to be exact since I did Ironman WI.  The physical stress on my body has passed and along with it most of the intensity behind the wave of emotions and excitement that followed.  Having finished the race on such a personal high, it left me like a meth addict craving for more. (Yep…been watching  Breaking Bad almost non-stop…almost done with season four!)   It took me all of a post-race shower, 3 slices of pizza on state street, and watching a parade of inspirational midnight finishers to start my brain spinning forward to 2014.  Visions of winter marathons and spring bicycle time trials filled my head as I wondered what building off this new level of fitness could bring!  Yoga and Pilates would help my congenital flexibility deficiency.  My nutritional focus would only continue to grow  into new realms of anti oxidant loaded foods. I even bought a packet of chipotle seitan to try.  Yeah me…the guy who lived on Burger King in High School and Taco Bell in college.  Those post race endorphins are pretty powerful stuff.

Although my brain was riding high, my 42 (soon 43) year old body had a different opinion of things.  It fired its first warning shot two weeks later after getting on my  bike.  A beautiful Saturday morning…perfect for riding. A little on the cool side but a great excuse to show off my new long sleeve “Ironman Finishers Jersey”.  Although I felt ready to rock and roll, my left knee took exception and stated so five minutes into the ride.  A “hiccup” I thought. Just a little more time. Only two weeks. I had earned some time off right?  A thirty minute run a few days later went fine.  And I was only a weekend away from getting back into my groove!

The second warning I failed to notice.  It was too subtle and only in hindsight did I recognize its signifance.  The neck and upper back strain that had been building up all week I tried to ignore. My ill fated mid-week yoga session (see  Disequlibrium) did not help and I shrugged it off before getting in the pool that Friday evening. 2500 yards later, a twinge under my right shoulder blade seemed reasonable for not having been in the water for 2 weeks.  I went to bed excited to set a 6am alarm (yeah…I know..6am and alarm when put together should never be associated with excitement).

My body decided though, at 4am, to make sure I paid appropriate attention as my upper back spasmed so bad breathing was painful. Despite the lack of oxygen currently making its way to my brain, the irony of the situation was not lost. Having just swum/biked /ran 140.6 miles three weeks earlier, I was now barely able to get out of bed, much less down the stairs to some Motrin and what I hoped was some left over flexiril.  I would spend the majority of the weekend moving only to change my position on the bed to find the least amount of strain and pain.

I now find myself on day twelve of “injury # 1” on my road to IM WI 2014.  One bike ride, a 30 minute run and 2500 yards in the pool and I’m already out of commission.  And with no workout to anchor me, I find myself having no reason to  pass on the Lou Malnati’s pizza, or the Ben and Jerry’s Pint of Ice Cream (Cinnamon Swirl…WOW!) or the Blue Moon / Sangria filled Happy Hour or the Fried Calamari or the Gyros or the….well..you get the picture….Life has become one giant evolving buffet!

The inability to workout (versus the lack of desire)  is having a profound effect.  I often  grumble trying  to squeeze  in an hour swim on a busy midweek day. But I find with no workouts to focus on,  the  days seems to just evolve around me as opposed to being an active participant dictating how things will unfold.  Now no one will ever confuse me for an “organized” person. But it has become quite obvious my daily workouts provide more than just exercise. When trying to BALANCE a week of workouts, I am an expert on the 3 day weather forecast (optimizing running outside),  participate in laundry (gotta have my favorite clean running socks),  dishes are done (along with an array of water bottles and hydration systems), and the fridge is stocked with a better array of nutritionally dense (yet often odd looking) foods. Snacking gives way to prevent stomach cramps on the run.  Television takes a back seat to stretching.  Late night TV gives way to much needed sleep.

So, what have I learned? First, I miss working out. Its absence leave a void bigger than the hour or so it would have occupied.  It is my anchor…my center and helps me approach the rest of the week in a more BALANCED way.   Second, there is a mind/body struggle going on. My mind has visons of setting  personal bests and setting new records. My body is reminding me I’m no longer 21.  And for time being, the body is winning that struggle, making me RESET.  Reset the fitness gains I had made. Reset the confidence in what my body is capable of doing.  There are just under 11 months till Ironman 2014. It is both a long and short period of time. But I will start from the beginning.  Ill take the energy and enthusiasm of my “21” year old mind against my 42 year old body (along with some help from my sports medicine docs, physical therapists and ART/Chiropractors) and a large bottle of ibuprofen, as I start the journey again.