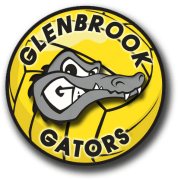 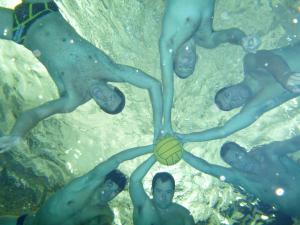 It’s been a rough day. No…more accurate a rough afternoon. Being home on “vacation” is usually not a good thing. My presence in the house is disruptive, changing the normal routines and patterns that have been established by my family.  I throw things off, challenge the status quo. When the routine breaks down, stress increases.  There has been yelling and screaming after school between Madison and me. Exactly what I did not want to happen is happening. I literally am fighting back tears as I am overwhelmed with frustration, sadness, anger.  The enthusiasm and excitement to be at water polo practice tonight is replaced by fatigue and emotional exhaustion.  But as 8:15 rolls around Madison is headed for the door.

“You want a ride? Go together?”

Off to the car he goes. Grateful that he at least desires to be at practice, I soon follow. Roughly 40 minutes later there is a full court scrimmage in action. Madison is on my team, intermittently in the field, and I’m in the goal.   The tension of the past few hours starts to ease a bit.  And then my family starts to do its thing.

So, first…an apology to my biological family.  In no way what I am about to write is meant to minimize how much my wife, parents and sister mean to me.  But outside of my “birth” and married family, I have been lucky to be part of several other “families” in my life.   Not bonded by birth or blood, but forged in different ways.  And it is amazing how much water polo has played a role in many of these different families that I belong too. My high school friends were all swimmers and polo players for the most part.  They to this day are family to me.  In college, another family was born.  Quite broad but one large part was the college  water polo team  I played on.  I have a wonderful group of friends and family at work that have helped me survive and thrive  the past 9 years as a pulmonary and critical care physician.  And now there is the newest family. The one forged from my current water polo team the Gators.

Its been about 5 years now that I  have played intermittently with this team. We have practiced, scrimmaged and competed as well as shared many a beer and pizzas together. There have been relationships, break ups, weddings and child births. And although some of the faces have moved on  over the years, others have come in.  These men and women have taken me in as an equal despite my older age and  diminishing skill set, and they have taken my son  in as their own as well.

A couple of members of my water polo  family decided they were not going to let my son be lazy today. Swimming back  hard on defense isn’t enough. Extra strokes to establish good defensive positioning is the expectation now. And being a passive place holder in the offense doesn’t sit well with them either. They encourage mostly but sometimes yell to make sure he knows what he is not doing.   Looking  a little dazed and confused (and very exhausted) at the end of practice..they start to do with him what I cannot (for various reasons) . They explain to  him how he is doing some things wrong and show him how to do some things better. Their voices firm but matter of fact. There is no coddling or praise for doing what is already expected.  And I see my son listen and I hope the gears are turning in that teenage head of his. My water polo  family  has shown him by their actions that he is part of theirs. And for the second time that day, I fight back tears….

After practice my son heads home and I head out to the bar with a few of the guys to get a beer.  We talk about  Madison, upcoming weddings, coaching, life goals.  And my day that was an unmitigated disaster just a few hours before, is gonna be chalked up in the win column for both my son and me.  And the Gators have two more wins on its won/loss record as well….