Crater Lake and the Weight of Snow 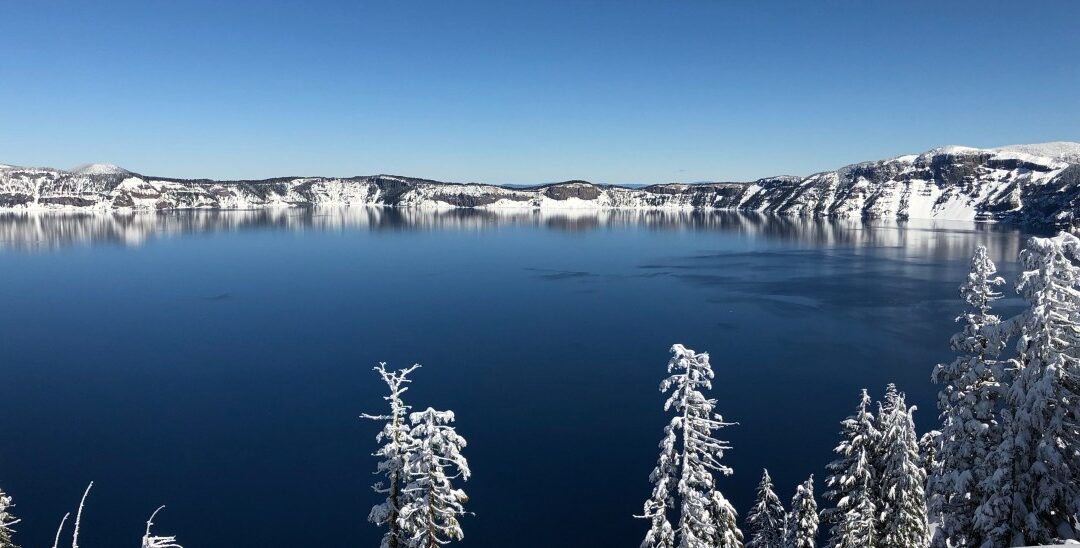 Minutes into my early morning run, the howl of a lone coyote broke the silence in the basin. A second one responded, and then two quickly became three. Other coyotes joined in, their howling echoing all around. On previous trips to Oregon, I’d found comfort and hope while running on this path. I had also walked here with my family, under a brilliant rainbow that offered a well-timed distraction from the tension building between us. This weekend, I had travelled here to celebrate my son’s birthday. Although excited to see him, I was still nervous about how the next few days would go. I was not inherently superstitious, but I could not help but wonder what type of omen howling coyotes on a brisk March morning might portend.

I returned to the warmth of the hotel, leaving the coyotes behind, and checked the Crater Lake webcam for a visibility update. The website was down, which did not bode well for the day. Hoping for the best, I began the twenty-minute drive from my hotel to the Oregon Institute of Technology campus, which took me around Upper Klamath Lake. As I drove along a sharp bend in the lakeshore path, four deer revealed themselves just to my right, frozen still on a front lawn. They were unfazed as I pulled over and grabbed my phone to take a picture. One deer, the largest of the pack (does four equal a pack?), was focused intently on me, its eyes unblinking and staring. Animals and nature declared themselves the themes of the day.

Although only fifty miles away, the GPS indicated a ninety-minute drive to Crater Lake’s south entrance. Madison and I left Klamath Falls, with a glassy smooth lake on our left and imposing mountains on our right. The mood was light and easy as we listened to a podcast, pausing every now and then to point out a striking view or to dig deeper into the finer points of League of Legends, the topic being discussed on the radio. There was an absence of tension. No hidden agendas. Just a dad and a son spending time together.

As we hit the base of the park entrance, snow announced its presence. Starting as a light layer on the road, it steadily increased as we wound back and forth on our drive to the top. The guard rails, visible at the start, disappeared under the increasing depth. The towering Ponderosa Pines and Douglas Firs lined the road with their branches and needles covered in heavy powder. The trees appeared burdened by the weight, their branches bending downward towards the earth.

Thirty minutes later, we exited the car at the top of the park, 8000 feet higher. We stretched our legs as we breathed cold air into our lungs. The sun was brilliant, made even more so by bouncing off the pure snow that crunched beneath our boots as we walked to the rim. As the lake came into view, it did not disappoint. The reflections of the mountains on its blue surface was pristine. Not one cloud disrupted the sky or interrupted the sun. The snow was bleach white and bright. The water was still and glassy. The air was crisp and cool. And I was with my son. For a moment, there was clarity in the simplicity of those things. Air. Water. Sun. Snow. Family.

We spent some time taking in the view and took pictures that failed to do it justice, eventually making our way back to the car to start our return trip. As I focused on the ice and snow on the road ahead, movement to my left caught my eye. A chunk of snow slid off one of the branches of a Douglas Fir, breaking up into infinitely smaller and smaller pieces, as it made its way to the earth. The branch, no longer encumbered by the weight, sprang up, angling towards the sky.

As we finished our descent, my breathing felt easier. Maybe it was just due to the decreasing altitude, but I believe that our trip helped shake off some of the “snow” that had been constricting Madison and me. We were able to pause and sit with our thoughts a bit, instead of letting them race through us. To look beyond the next few hours and days and be open to a vision of what else is possible. That changing dynamic was infinitely more important than figuring out the hidden meaning of howling coyotes or glaring deer

The rest of our weekend was as beautiful as Crater Lake. Conversations with depth and breadth. Board games and movies, with some lap swimming mixed in. The morning of my departure, we hugged and said goodbye, before I started the hour-long drive back to the airport. Although it is still winter in Oregon with a fair amount of snow around, it feels like spring might have come early for Madison and me. 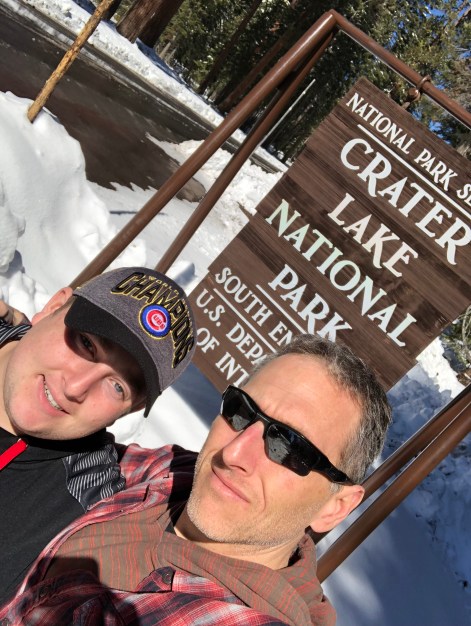 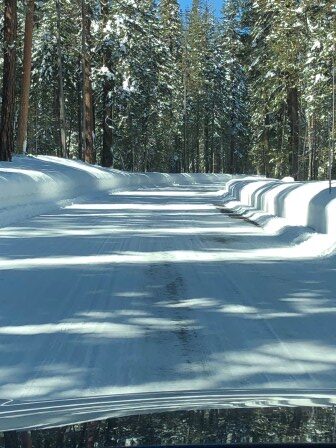 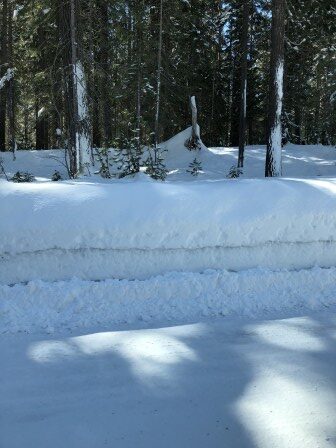 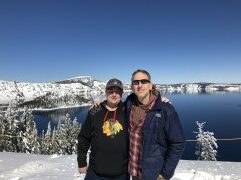