Death, Dissonance and the Doctrine of Double Effect. 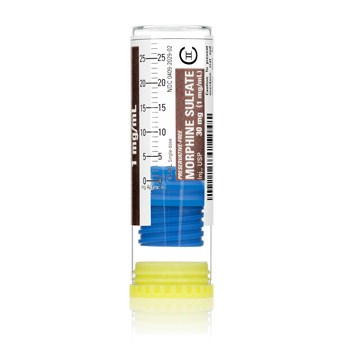 This post was first published on Doximity’s Op-(M)ed “First Stab” Collection on 5/2/18 under the title: Should I Heal or Comfort?

Chicago, in February, was dark and cold. Even more so at 5:00 AM, when scraping ice and snow from my windshield before heading to the hospital. It was my first month as an intern in the ICU and my first day without my senior resident present. Working as a team, getting our patients through the day was challenging. Working alone, I felt overwhelmed. Knowing we planned to remove Mr. Thomas’s breathing tube only added to my angst.

A few days earlier, Mr. Thomas came to the emergency room by ambulance, in severe respiratory distress. In those chaotic first few minutes, the ER doctor intubated Mr. Thomas and put him on a ventilator. As the dust settled, and additional information was
gathered, a more complete picture came together. Mr. Thomas, in his late fifties, had long suffered from ALS. His respiratory muscles were just strong enough to move adequate air in and out of his chest, until a pneumonia settled into his right lung and pushed him into full blown respiratory failure.

Unlike the majority of my lethargic patients on life support, Mr. Thomas’s brain was not slowed by sedatives, sepsis, old age or underlying dementia. His eyes were not a blank, glassy stare but alive, vibrant and responsive, tracking me whenever and wherever I was in the room. He could communicate with those eyes, far better than with his arms and fingers, which were too weak to put pen to paper.

The plan had been to treat his pneumonia, which would return him to that tenuous balance between the strength left in his weakened muscles and the work required to move air in and out of his lungs. Mr. Thomas did not want to have a tracheostomy or be put on a ventilator long-term. If he was not strong enough to breathe on his own after being treated for his pneumonia, he wanted the ventilator to be removed and to be made comfortable.

Today was the day our care team and his family planned to assess if Mr. Thomas could breathe on his own. His large family filled his small room. Standing there with them, I still had hope. Hope that I had the power to treat his pneumonia and save him, albeit temporarily, from the effects of his horrible disease. But everyone else in that room had lived with the specter of ALS for quite some time. Their sense of calm and acceptance filled the empty space between us, helping counter my rising anxiety and fear about what the next hour would bring.

The breathing tube was pulled out. His mouth was gently suctioned, triggering a weak and infective cough; a harbinger of things to come. The critical care fellow and I hovered in the corner of the room, keeping a watchful eye. The rising heart rate on the monitor above his bed caught my attention. The small beads of sweat forming on his brow displayed the distress his weakened muscles could not show. My heart pounded as I searched for a sign that Mr. Thomas would be able to breathe on his own. His eyes gave the answer, showing desperation that had not been there previously. The ICU fellow calmly withdrew a five-milligram cartridge of morphine from his pocket for the nurse to push. The beads of sweat coalesced and ran down Mr. Thomas’s face. Thirty seconds later he was given another five-milligrams. And then another. My intern brain was alarmed. “So much morphine so fast?” Thirty seconds later, another, and another. The voice in my head screamed, “Shouldn’t we wait and see how he does before we push more?” But his heart was racing and those beads of sweat were streaming, despite his wife gently wiping his brow.

I am not sure when things changed. Did it take twenty-five or thirty-milligrams? Two minutes or five? The amount of morphine seemed large but the time that passed felt too long before Mr. Thomas’s heart no longer raced and beads of sweat no longer formed. As his breathing slowed, his eyes remained open. There was an absence of fear. His expressive gaze projected only calm and comfort.

I went home late that night in the same cold darkness that started my morning. The lengthy drive allowed me time to reflect on my day and begin the necessary mental transition from the hospital to my home and family. My angst from the morning was replaced by something different. I felt uneasy and unsettled. I thought about my naïveté and my belief that I could alter his course. I tried to understand my discomfort with the quantity of morphine we pushed juxtaposed with the relief I felt when the distress and desperation left his eyes.

It had been a day of many firsts. My first day without a senior in the ICU. My first terminal extubation of a patient so young and so mentally present, yet trapped in a weakening and failing body. My first experience with rapidly pushing large amounts of morphine and the doctrine of double effect. It was also the first time I felt conflicted between my roles as one who heals and one who provides comfort.

Time would ultimately allow me to process that day and reconcile my lingering dissonance.

Heal when we can. Comfort when we cannot. Seems easy on face value. But thinking about words on a page feels different when real life actions as a doctor hastens death. My growth as a physician meant recognizing that palliation of breathlessness, unrelenting pain or crippling anxiety should not feel like an unfortunate consequence of failing to heal our patients. And Mr. Thomas, with his expressive eyes, was the first patient to teach me that my own internal discomfort should not limit my responsibility or ability to comfort my patients always.